Breast Cancer In The Second Breast? - The Shower Shirt

Breast Cancer In The Second Breast?

Hearing Dr. O’Linde say, “The lobular carcinoma in situ would have eventually shown up on the mammogram,” just wasn’t precise enough information for me to be content. Being a past Health/Medical television reporter, I enjoyed digging into medical stories to better understand the diagnosis, the prognosis, and the ultimate outcome. This was no different. I needed to better understand how there could have been diseased tissue in my ‘healthy breast’ my physicians didn’t know about, and more importantly, what could have happened if I had not chosen to have a bi-lateral mastectomy.

You might say, “Why the need to know, it’s already gone?” You are correct, and I realize the ‘need to know’ and understand factor is not necessarily a good trait, especially when ‘my need to know more’ was only going to further upset me.

I began doing research and found Lobular Carcinoma in Situ (LCIS) is an uncommon condition in which abnormal cells form in the lobules of the breast; being diagnosed with LCIS indicated I had an increased risk of developing breast cancer in that breast as well. More importantly, women with LCIS have an increased risk of developing ‘invasive breast cancer.’

Invasive Breast Cancer? Now this was upsetting. Remember, I had choices with my initial breast cancer. I was lucky it was Stage 1 and caught early. As odd as it was, and though both breasts had been removed, I was extremely upset I had pre-cancerous tissue (in the left breast) which could have caused an invasive form of breast cancer. With that, I might not have had choices in my clinical treatment; I may have been required to undergo chemotherapy, something which would not have been psychologically acceptable to me.

I cried more over this recent revelation of information than I did when I was diagnosed with breast cancer in the first place. Most individuals would enjoy having a crystal ball to see what the future held; however, this peek into the future was a bit traumatizing. I found myself talking about these findings repeatedly, to whomever of my friends and family would listen. 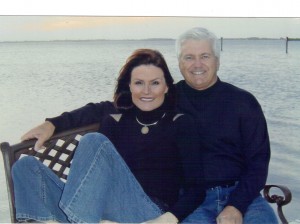 My significant other, Phil, kept saying, “Lisa, the tissue is gone, why are you so upset?” I couldn’t answer that question; and to this day, I still can’t explain why I was so affected by the findings of that report. It absolutely overwhelmed me to think if I had not chosen to have a bi-lateral mastectomy, I would have been diagnosed with breast cancer again and the second diagnosis would have obviously been far worse than the first.

As I said in my previous Blog, despite complications, I would not change the decisions I’ve made in terms of my breast cancer treatment. In the end, the primary reason for being upset was the exact reason I chose to take a more aggressive approach to this diagnosis; and the decision to remove both breasts versus only the cancerous one.

In this case, my decision which was ultimately based on fear actually paid off. Despite the emotional roller-coaster, despite the infection and myriad of tears, I knew I had made the right decision!!!