The Prototype Creation - The Shower Shirt

So I had the architectural design of what I was calling the “Shower Jacket” on paper. I phoned my Aunt Marianne and Cousin Mandy, and asked if they would create a prototype of the shower jacket based on my brothers drawing. They of course said “yes,” as they knew it would be a bit difficult to tell me “no” :).

They first created a sewing pattern based on the drawing, and then utilized a beauty salon cape for the actual prototype, while adding the internal straps and pockets as reflected in the design. Seeing that I’m not a seamstress, and do not understand the theory behind the mechanics of sewing, I was amazed to actually see a product come to life based on a drawing. I guess no different than a home coming to life based on architectural home design plans; though in my mind, this seemed different. Homes have been constructed for many, many years, all shapes, sizes, and dimensions. Though having undertaken the many water-resistant garment searches on my own over the past several months, and patent searches with my attorney, I knew this was going to be the only ‘shower jacket’ in existence, thus, quite unique in my mind. 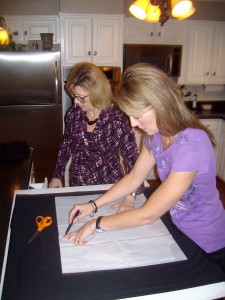 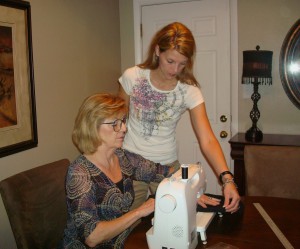 Within a couple of weeks I had the first shower jacket prototype. I say the first as we theoretically updated five variations before deciding on the final product more than a year later. 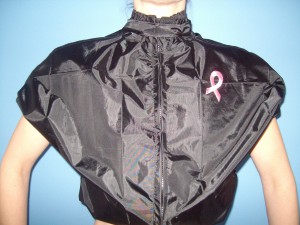 As you can imagine, I was feeling (and still do) extremely blessed to have family members who were willing to help me in the initial stages of this process. Because of their talents, I was not required to hire a design company for the creative work, nor a manufacturing group to create the prototype.  I was still on disability, totally unaware of the costs of medical bills which had already incurred, and what my future held in terms of additional surgeries and costs, therefore, I needed to keep all financials related to this initiative at a minimum.  Plus, I was hoping to do the entire project on my own, without any financial help.

So I now had an official prototype of my creation; a shower jacket made from a beauty salon cape.  I had to again, essentially ask myself the same question my brother, Charles, had previously asked me, “What the hell am I supposed to do with this?”