It was time. It was time to complete four months of hyperbaric treatments, prepare for my fifth surgery and place our first official Shower Shirt order. My head was spinning as this meant more checks to be written, additional downtime for surgery, but no more living under an oxygen helmet for half of each and every day.

As my overall stress levels continued to increase (a trifecta of potential mental, physical, and emotional implosion), my significant other, Phil,  would often look at me and say, “Don’t even think about quitting, you can’t quit now.” Quitting? Of course not! Now, leaving it all behind and chalking it up as a life experience didn’t sound uninviting. My relationship with the Shower Shirt was comparable to having a new boyfriend (yes, I’ve had many). I wanted to trust it, but not sure I could. I liked the thought of it on some days, and really disliked it others. In actuality, I just feared the hell out of it.

With thousands of dollars invested in this little cathartic venture, I had no choice but to finish what I started. The manufacturer required our first order be 675 units. You can easily do the math, 675 units of anything is not inexpensive. I literally stayed in bed for two weeks after that first Shower Shirt order. Overwhelmed with fear, I created a myriad of reasons not to move forward. I would often hear a voice say, “Lisa, just keep doing what you are doing.” I would then respond by saying, “I don’t know what I am doing.” I would then hear the same voice again say, “Just keep doing what you are doing.” That voice helped me re-engage and think about what I just might attain through bringing this project to fruition. I heard from ‘the voice’ on several occasions over the next few months and will revisit those conversations at a later date.

In the meantime, I received a call from one of our local physician’s offices asking if I was open to having one of their patients test a Shower Shirt prototype. I said “Absolutely, please send them my way.” Within a few days, I had met Mara Hixon, a local children’s book author who was having a prophylactic bi-lateral mastectomy due to both an abnormal mammogram and MRI results, coupled with an extremely strong family history of cancer. I explained, and over-explained the directions for use, as if she was an idiot and couldn’t figure it out. I was just so nervous seeing this was my first real Shower Shirt customer, well sort of. She used the Shower Shirt post-surgery and said it worked great! She then gave it to a friend who was also having a mastectomy. Her friend was also happy with the products results. Whew! Two happy customers already. 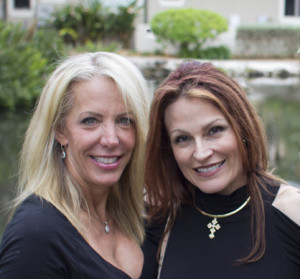 It was time to be admitted into the hospital for my fifth and final surgery. With months of hyperbaric treatments under my belt, my physicians were hoping my body would have no further infections. Essentially, this last procedure was to replace the left breast tissue expander with a permanent breast implant. It was an outpatient procedure which would only last a couple of hours, that is, if there were no additional complications.

On a final note, it’s absolutely amazing the people who come into your life you might not know if you weren’t trying to make a difference in their lives. Mara is one of those individuals. She’s become a special friend. Check out Mara’s book at: http://www.seaturtlebook.com.