The Unexpected Lay-Off - The Shower Shirt

As I’ve said on many occasions, one should not get to comfortable in any situation (or job) for too long. Christmas 2010 and the New Year rolled around quickly and all seemed to be going well. Additionally, SHOWER SHIRT™ television, print articles and inventor features continued to evolve. Our media relations and publicity strategies were in full swing spreading the word about the newest mastectomy garment on the market.

I was absolutely caught off guard. Furthermore, he had my computer turned off before I could walk back to my office. I assume he wanted to protect himself from any documentation I might have kept relating to the conversations regarding my attempts to resign a few months earlier.

Luckily, I had all documentation needed to prove he requested I not resign from my position and subsequently forfeit my severance package. Though he communicated to our corporate offices he never asked me to stay with the organization, I had proof otherwise. I won’t go into great detail, but I had to solicit the help of attorneys, and all I am authorized to say is my claim for the severance package he talked me into forfeiting was “settled amicably,” but I would add, quite amicably, in the end!!

My significant other, Phil, helped me move out of my office that afternoon, and by the time I was home that evening, he had already popped a bottle of champagne celebrating my being laid off. By the way, I had worked for the last six years with Phil’s company’s litigious competitor, so he was happy he could no longer be accused of sleeping with the enemy. 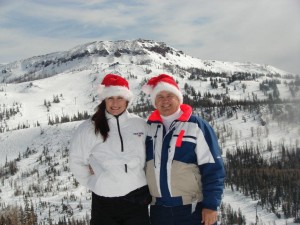