This Blog is dedicated to my childhood friend, Lee Anne Swinger, who lost her battle with breast cancer this week. After a year of struggling, I know you are resting in peace.

Along with the Medicare coverage application, our company had also applied for a government product code under the Healthcare Common Procedural Coding System (HCPCS) for The SHOWER SHIRT™.  We felt this might help support our Medicare application initiatives. We headed to Washington DC in May 2012 to appear before the Centers for Medicare and Medicaid Services (CMS) HCPCS committee and argue why The SHOWER SHIRT deserved a HCPCS code.

I was not a fan, nor had much experience maneuvering in and around Washington DC, a  concern while planning for this upcoming CMS presentation. Luckily, my attorney’s firm hired to help with the Medicare process drove us to Baltimore to the national CMS building for the meeting. The security process was outrageous even getting through the gates, much less the building. The security guards were checking under vehicles for, what we assumed, were explosives.  For that matter, there were a myriad of vehicles they wouldn’t give permission to drive onto, or park on property, and instructed to park miles away.  Luckily, since we had a driver, we were dropped off at the door (after extensive car and body scanning), and picked up in that same place, many, many hours later.  I was essentially hoping this already stressful day would be a short one and that I would be chosen as one of the first presenters. In contrast, I was the twentieth (out of 25) to present to the committee. It was a very, very, very long day.

One after another CEO and/or President spoke to this national committee as to why they needed a HCPCS code for their product. I became more and more nervous as every hour ticked by. To calm my nerves, I tried doing yoga in the bathroom, meditating, jogging in place, but nothing calmed me. I finally walked outside and sat and prayed for my higher power to calm my nerves to get through the presentation. A few minutes before I presented, I had a warm calmness come over my body. Once I was on the podium, something told me to focus on speaking to the men on the panel. I did just that.

With eight women and five men on the panel, I began my presentation. It was interesting as each female looked me squarely in the eyes with interested facial expressions. However, the men would not look directly at me. Thus, I did what ‘my voice’ told me to do, and focused directly on presenting to them. I looked at each one and asked the same question.

“Would you want your mother, sister, or daughter in the shower with a trash bag after breast cancer and amputation of the breasts? Or, would you rather them utilize a product designed to protect surgical drain sites while showering after mastectomy surgery?”

Their reaction to my question became somewhat comical; the men clearly were so uncomfortable that each one would briefly look my way while I asked my question, but then quickly turn red faced and promptly looked away. What I quickly realized were many of these committee members did not know the clinical process of mastectomy surgery and that women utilized trash bags for protection while showering post-surgery.  At the same time, it is my opinion if those individuals (primarily the men) were going to be on the committee to decide what products attained government HCPCS codes, they should be prepared to hear and see the good, bad, and ugly of disease and illness.

If you will remember, this is the same committee who gave HCPCS codes to penile implants for Medicare coverage (something our government spent more than $172-million dollars from 2006 to 2011). Enclosed is a recent story written by an Orlando Sentinel reporter on that example of government waste.

In hindsight, everything worked out quite well in Washington that week. It was an action packed week of meetings with government officials and attorneys, and to top it off, we attained a guest appearance on the CBS Morning Show in Washington. In looking back, it was one of the most stressful weeks of my life, but one which clearly helped me gain strength and momentum on both a personal and professional level. 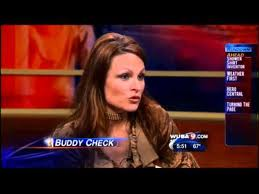